Two of the three legendary SUVs already came back. While the new Chevy Blazer is nothing like the original, the new Ford Bronco seems quite promising. The latest rendering photos have spiced up things even more, as more and more people are talking about the comeback of the Ramcharger, the third America SUV legend. At this point, this is nothing but a rumor, but there are actually good reasons to believe that this will happen and that the new model could come already as the 2021 Dodge Ramcharger.

If you wonder how the new SUV could look like, there are several things that come to our minds. Of course, this refers to both mechanical and aesthetical aspects of the vehicle, as we have no doubt that this model, if it comes, will come heavily based on the current-generation RAM 1500. In the following articles, we will discuss some of the most basic characteristics but take all them with a big reserve.

Of course, the first thing that comes to mind is the overall design, the platform to be more precise. In this aspect, we have no doubt that FCA won’t disappoint with some unibody layout. There is plenty of that stuff already in the market. What lovers of this nameplate really want is a genuine SUV, which rides on a traditional body-on-frame platform, which is capable of towing, hauling and dealing with all kinds of terrains.

This leads us to the new RAM 1500, which has been around for just a couple of years. This platform seems perfect for an SUV like this, so there is no doubt that most of the parts will be shared, not just in terms of chassis, but in terms of engines as well.

In terms of the exterior design, we presume that the new 2021 Dodge Ramcharger will take a lot of inspiration from the truck sibling. Of course, this particularly refers to the front end, which should look pretty much the same. We count on the same grille and headlights, while the bumper could be tweaked for a bit. On the other side, the rest of the body will come in a typical SUV layout and that leads us to body styles. We presume that the new 2021 Dodge Ramcharger will, just like the original, come standard with two doors, while the four-door model will be in the offer as well.

Still, the new model won’t be as small as the new Bronco, or Wrangler. This will be a full-size-SUV, with dimensions comparable with the biggest rivals. That leads us to the conclusion that the four-door model will feature similar size to models like Tahoe or Expedition. On the other side, the standard two-door model will probably feature a shorter wheelbase, probably somewhere between 110 and 115 inches in wheelbase. We expect more details in the future.

When it comes to interior design, once again we count on a lot of similarities with the RAM 1500. Of course, this primarily refers to the dashboard, which looks really amazing in the new truck. The level of quality is really impressive and we have no doubt that the same approach will be used with the new SUV. This means a lot of hi-quality materials, as well as plenty of tech goodies, including that large vertically-oriented touchscreen.

When it comes to the rest of the cabin, we expect that the standard model will come with two rows of seats. The third row will come with the four-door model, though we’re not sure if it would be offered as an option or could be a standard feature. The cargo area should be generous as well.

Under the hood, we presume that the new 2021 Dodge Ramcharger would be relying on FCA’s familiar units. Base models would probably come with a well-known 3.6-liter V6, which puts out 305 horsepower and which would probably come with the new eTorque mild hybrid system. Of course, HEMI engines will be in the offer for sure. We count on both 5.7- and 6.4-liter units. Some sources also suggest a hi-performance version with a supercharge Hellcat 6.2-liter 700+ engine. The latter doesn’t seem that likely but everything is possible with FCA these days.

Of course, we wouldn’t exclude the possibility to see a diesel option as well. This one would come equipped with a 3.0-liter turbodiesel V6, which puts out 260 horsepower and 480 pound-feet of torque. All engines should come in pair with an 8-speed automatic.transmission.

While some sources suggest this SUV could come back already in the next year, keep in mind that the company is still quiet about this model. If it ever arrives, we presume that base models will go around 45-50.000 dollars. 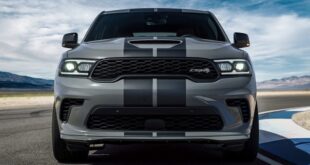 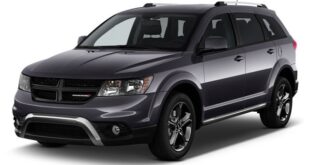