When you release an all-new model, you usually don’t make updates in the next couple of years. However, that won’t be the case with this small crossover, which is about to come with some interesting novelties. The current generation is still very fresh. It was launched last year but updates are coming, mostly in terms of 2021 Land Rover Discovery Sport Hybrid. We are about to see two new electrified versions. Interestingly, both of them will be based on diesel engines.

New powertrain options won’t be the only novelty for the next year. The British manufacture will also introduce a new infotainment system, while one of the most interesting novelties will also be a new special edition, called Black. Despite all these changes, the overall layout will remain the same. Therefore, the launch date won’t be scheduled for a much earlier date than usual.

Without any doubt, the most interesting novelty for the next year will be the introduction of a new hybrid version. Two of them are about to come and, interestingly, both of them will be based on a diesel engine. Of course, we are talking about a well-known 2.0-liter turbodiesel, which comes in two output versions, with either 165 or 200 horsepower. Allegedly, both engines will come with a mild hybrid system, which has a positive effect on acceleration and efficiency. However, the exact details are yet to come.

It’s important to mention that these new diesel hybrid powertrains won’t be offered in North America. It will remain reserved primarily for Europe, though we could see the in Asia markets as well. On the other side, U.S. drivers may count on a familiar 2.0-liter gasoline engine, which features a max output of 246 horsepower. In higher trim levels, this engine is available in a more powerful version with nearly 300 horsepower.

The new hybrid model won’t be much different compared to the rest of the lineup. Practically, we don’t expect any particular differences in terms of design, styling and other aspects. Just like the standard model, it will be designed to offer a great balance between strong off-road performances and comfortable on-road ride. Naturally, a couple of distinctive visual details are expected, in terms of badging, wheels and similar things.

The 2021 Land Rover Discovery Sport Hybrid won’t come to North America, but we are about to see a new, Black version. This will be a special edition and one of the most expensive variants of the small SUV. As you may presume, it will come with loads of exclusive details and most of them will come blacked, starting from wheels, trim etc. Also, this version will be characterized by a contrast roof.

When it comes to the interior design, the 2021 Land Rover Discovery Sport Hybrid and the rest of the lineup will come with one big novelty. Of course, we are talking about a so-much awaited new infotainment system. It will bring a completely new software, with more options and far better user experience, reports say.

Other than that, we are about to see a familiar cabin layout, which has been introduced last year. This means a cabin that offers great overall quality but doesn’t put all cards of opulence. The cabin is also pretty practical and while some rivals may look fancier, we can’t say they are built better. Besides great quality, this cabin is also practical. Both rows of seats offer a sufficient amount of passenger room. Also, the cargo area offers some pretty respectable numbers. You may count on about 35 cubic feet behind the second row and 60 cubic feet of the overall cargo space.

We don’t expect changes in this aspect either. The list of standard equipment should include goodies like dual-zone automatic climate control and the InControl Touch Pro infotainment system with a 10-inch touch screen, a six-speaker audio system, Bluetooth, and multiple USB ports. Additionally, things like a panoramic sunroof, wireless device charging, a Meridian audio system, satellite radio, HD Radio, navigation pro, a Wi-Fi hot spot, Apple CarPlay, and Android Auto will be in the offer two.

The exact list of standard features for the 2021 Land Rover Discovery Sport Hybrid is yet to come.

We expect to see 2021 Land Rover Discovery Sport Hybrid sometime late in the year. Details in terms of price are yet to come. On the other side, the standard model will go around 38.000 dollars in North America. Key competitors are models like BMW X1, Mercedes Benz GLA, Volvo XC40 etc. 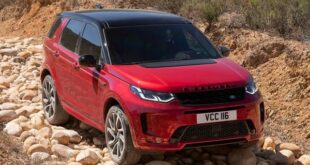 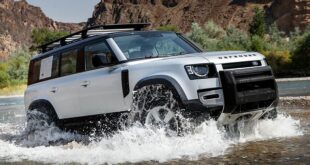