Many consider Porsche Macan the best compact luxury SUV around and the main reason lays in the fact that this model offers an impressive balance between performances and comfort. It features impressive chassis tuning, which ensures impressive handling and cornering. At the same time, the ride is smooth and comfortable. That’s also the reason why the 2021 Porsche Macan comes without more important updates. Moreover, things are pretty much the same as in the previous-year model.

This means you may count on a luxury crossover that is impressive in all fields. As we already mentioned, it offers an impressive balance between sporty performances and a comfortable ride. Moreover, you may also count on three potent engines, a luxurious interior and a long list of standard and available features. If we can talk about drawbacks, the first thing that comes to mind is fuel economy, which isn’t particularly great. Also, the cargo area isn’t particularly spacious.

As we already mentioned, the 2021 Porsche Macan changes are minimal. Practically, the only thing we can remember is the addition of Apple CarPlay to the list of standard equipment. Other than that, things have remained the same. Despite the age, the current generation still competes pretty well in the segment. Simply, it features probably the most refined chassis and suspension setup in the class. In addition, it features Porsche’s typical aesthetics, which in this case looks really amazing.

Speaking of the styling, not many things have changed since the initial launch six years ago. Still, we saw a facelift two years ago, when the German manufacturer introduced a couple of styling updates. Typically for this company, changes were pretty subtle, so we actually saw just minor tweaks to bumpers, headlights, taillights and similar things. Therefore, it’s no wonder that the next-year model comes without more important updates.

The 2021 Porsche Macan interior also remains pretty much untouched. Things haven’t changed since for these six years, so you may count on the same dashboard design, which utilizes high-quality materials. The overall design is rather simplistic, in a typical Porsche manner. Still, that doesn’t mean that you would miss any modern tech features. This is a pretty well-equipped SUV, despite the age.

On the other side, the aspect that may seem critical is the interior space. While the front seats are spacious and massive, the second row isn’t that great. Taller passengers may feel a lack of passenger room, both in terms of leg and headroom. Furthermore, the cargo area is among the smallest in the segment. You may count on about 17.6 cubic feet behind the second row and 52.9 cubic feet of the overall cargo volume.

As we’ve just mentioned, the Apple CarPlay is now on the list of standard features. Other than that, things are pretty much the same as in the previous model year. So, the list of standard equipment includes goodies like tri-zone automatic climate control, rain-sensing windshield wipers, front and rear parking sensors, a rearview camera, lane departure warning, and a universal garage door opener. Standard infotainment features include a 10.9-inch touch screen, a 10-speaker stereo, navigation, satellite radio, and four USB ports. Additionally, you can get things like an auto-dimming rearview mirror, a 14-speaker Bose surround-sound stereo, Apple CarPlay, a panoramic roof, proximity keyless entry, remote start, wireless device charging, and a Burmester surround-sound system.

The engine lineup remains the same. Despite that some sources were suggesting the 2021 Porsche Macan electric, this compact crossover will carry on with three gasoline options. Base models will continue with a 2.0-liter turbo-four, which is good for about 248 horsepower and 272 pound-feet of torque.

We expect to see this model on sale in the next couple of weeks. When it comes to the 2021 Porsche Macan price, base models should go around 51.000 dollars. Some of the key competitors are models like BMW X3, Audi Q5, Mercedes-Benz GLC etc. 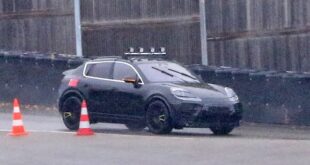 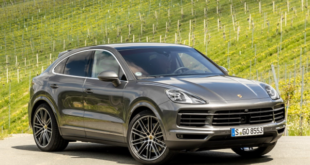 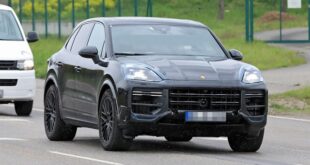 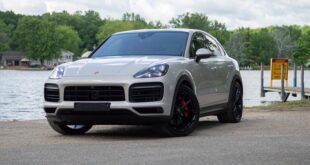 For most car enthusiasts who are looking for an SUV with a sports car’s DNA, …