The company’s smallest crossover in the lineup has been around for a while and despite that many expected to see an update for the next year, the 2022 Cadillac XT4 comes with minor tweaks only. There are three new color options, as well as red brake calipers in the Sport trim. Other than that, things are pretty much the same as in the 2021 model.

So, you may count on familiar design characteristics. This crossover looks attractive and comes with a quite long list of standard equipment. Furthermore, the cabin is very generous with space, while the seats are massive and supportive. On the other hand, the model lacks the refinement you would typically expect from a model with a premium badge. This particularly refers to the interior quality, though the ride quality could be better too.

The 2022 Cadillac XT4 is about to arrive in the next few months and we don’t expect to see a bigger price increase.

Design-wise, the 2022 Cadillac XT4 won’t bring significant changes. This model was introduced not so long ago and it still looks pretty fresh. However, the company decided to introduce a couple of minor updates, which should make it more appealing to potential buyers. For example, there are three new exterior colors on the offer. Those would be Galactic Gray, Latte, and Rosewood finishes. Furthermore, the range-topping Sport trim now comes with red-painted brake calipers.

On the other hand, there are no changes in terms of mechanics. This model rides on a familiar E2 platform and shares most of its parts with Buick Envision. The two models even offer a quite similar ride quality. The XT4 is comfortable to drive, but not as you would expect from a premium car. At the same time, the crossover doesn’t feel particularly sporty either.

The 2022 Cadillac XT4 interior remains largely the same. You may count on a familiar cabin layout, which has both good and bad sides. On one hand, even though the dashboard looks nice, the whole cabin somehow doesn’t look as upscale as you would probably expect. Most rivals feature nicer materials and better overall build quality.

On the other hand, there is really nothing to complain about regarding interior space. With over 109 inches in wheelbase, this is one of the biggest models in the class. Therefore, it’s no won’t that both rows offer plenty of legroom and accommodate adults with ease. Furthermore, the front seats are also massive and supportive, while we like the driving position too. The visibility is decent enough in all directions.

When it comes to the cargo area, you may count on about 22.5 cubic feet of cargo space behind the rear seats, which is great for the segment. On the other hand, the total cargo volume of 49 cubic feet is rather average for the class.

The upcoming model will bring no notable changes regarding the standard and available features. So, all models should come standard with goodies like an 8-inch touch screen, a seven-speaker stereo, satellite radio, Bluetooth, USB ports, a Wi-Fi hot spot, Apple CarPlay and Android Auto, dual-zone automatic climate control and remote start. Additionally, you can get upgrades like a sunroof, a rear-seat entertainment system, wireless device charging, a 13-speaker Bose audio system, and navigation.

The 2022 Cadillac XT4 will continue with a familiar 2.0-liter turbo-four engine, which has been slightly detuned and now features 235 horsepower instead of 237. Still, that doesn’t affect the overall ride quality. The driving dynamics are pretty much the same and we believe that this crossover has enough power to satisfy most drivers. Also, the engine comes in pair with a 9-speed automatic transmission, which does a pretty decent job.

We expect to see the 2022 Cadillac XT4 by the end of this year, with a starting price of around 36.000 dollars. The competition in the segment is pretty tough. Some of the key players are models like Volvo XC40, BMW X1, Mercedes-Benz GLA etc. 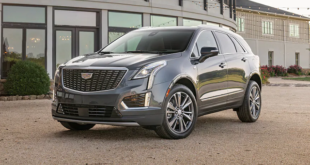 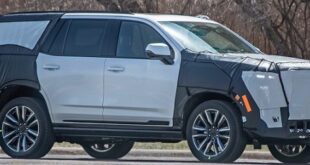 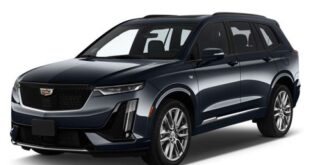