It’s been so long since we heard rumors about the Q9 for the first time. This nameplate was trademarked way back in 2013 but since then, we haven’t heard much from the officials about the full-size. Meanwhile, we saw lots of new mid-size SUVs based on the MLB platform across the VW Group. However, things have changed and it looks like the full-size SUV could finally come. The latest reports suggest its arrival by the end of this year, as the 2023 Audi Q9.

However, not many things are known about the new SUV. The test model has been spotted and it wears complete camouflage. However, the mechanical aspect of the vehicle is still a mystery. While the MLB platform seems like a perfect choice, many reports suggest that the new model could ride on the MQB platform, which indicates that the Ingolstadt company plans to offer this SUV in China only.

In any case, the new model is in the testing phase, so we expect to find out more about it in the near future. Meanwhile, we can do nothing but speculate.

As we’ve just mentioned, the 2023 Audi Q9 may be offered for the Chinese market only. This is interesting in the way that China is a pretty specific market. Buyers like large cars but also prefer to pay less money than buyers from other parts of the world. That’s why many believe that the 2023 Audi Q9 is about to come in a simpler package.

By simpler, we mean different platform. Normally, we would expect to see it riding on an MLB platform, the same one that underpins mid-size SUVs like Q7 and Q8. However, many rumors suggest that the new SUV is about to ride on the MQB platform. If you’re familiar with this architecture, you know that it’s mostly used for smaller vehicles in the VW Group, which feature transversally-mounted engines and a front-wheel-drive layout. However, this platform also underpins one of Volkswagen’s largest vehicles, the Atlas.

Therefore, we wouldn’t be surprised if we see a Q9 that shares most parts with VW’s full-size crossover.

As we already mentioned, the test mule has been spotted on the road. It still wears a complete camouflage, so we can talk about styling details. Still, we presume it will share aesthetics with other Audi models. It would come with the same design language, though the overall shape appears to be a little bit boxier compared to the Q7 model. This is where we see a connection with the Atlas, in those boxy edges that aren’t typical for Audi crossovers.

When it comes to dimensions, it is hard to talk about exact numbers at this point. Still, if we presume the tight connection with the Atlas, the wheelbase could be the same, which means 117.3 inches between the wheels. However, if we consider that the Q7 features 117.9 inches in wheelbase, we presume that the Atlas platform would be stretched a little bit.

No matter the platform, we have no doubt that the cabin would be designed in a typical Audi fashion. In other words, we would see a combination of conservative styling elements with tons of tech features. That combination has been working great in Audi’s case so far, so we don’t see a reason why the Ingolstadt company would offer something different.

Of course, the main thing about this model would be the interior space. We expect nothing but three rows of seats, plenty of legroom and a generous cargo area. More exclusive versions would probably feature second-row captain’s chairs but that’s yet to be confirmed.

Another important thing about the 2023 Audi Q9 is the powertrain lineup. The use of the MQB platform means transversally mounted engines, which means that there will be no space for large-capacity engines, such as the 4.0-liter twin-turbo V8 that powers Q7 and Q8 models. Instead, the base engine will be the company’s well-known 2.0-liter turbo-four. We expect to see it in two output variants, with either 183 or 217 horsepower.

The North American Atlas is also available with the good-old 3.6-liter VR6 engine but that won’t be the case in China. The Chinese Atlas, which is called Teramont, comes with a 2.5-liter VR6 engine, which also uses a turbocharged, so it’s no wonder that the max output goes up to 299 horsepower. The same engine should find its place under the hood of the 2023 Audi Q9 as well.

When it comes to transmission, we expect that all models will use a 7-speed dual-clutch gearbox.

According to the latest rumors, the 2023 Audi Q9 should arrive by the end of this year. At this point, it’s early to talk about the price. 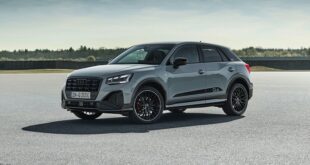 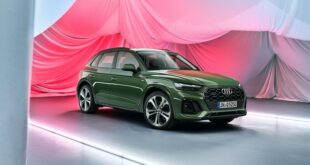 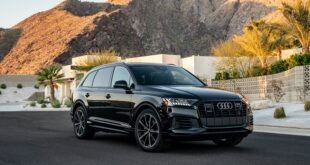 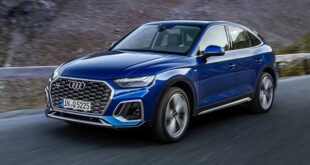