Mazda is working on a completely new generation of vehicles, which should replace the current lineup soon. Among many new models that are about to come, we also expect the comeback of a nameplate that’s been missing in the last decade. Of course, we are talking about the CX-7 model, which is expected to come back as the 2023 Mazda CX-7. Some sources also speculate about the CX-70 nameplate, but we will use the old name for now.

We expect a lot from this comeback. The new model won’t be a flagship model anymore but it will fill the gap between compact and three-row SUV segments. On the other hand, we could on a two-row mid-size SUV, which will share a lot of parts with the next-generation CX-9.

At this point, the officials are still quiet but we believe that the 2023 Mazda CX-7 could arrive sometime in the next year.

The first thing we should discuss is the platform. It’s no secret that Mazda is working on a completely new architecture, which should establish this brand as a premium player. The reason lays in the new layout, which will be completely different. The next generation of Mazda vehicles will ride on a platform that features a longitudinally-mounted engine and rear-wheel drive, which definitely isn’t something typical for an economy car.

Along with the new platform, the 2023 Mazda CX-7 will also bring new engines. Of course, everyone talks about new inline-six units, but we also count on electrification. Most likely, the new platform will support plug-in hybrid powertrains, while we wouldn’t be surprised if we see an all-electric version someday as well.

When it comes to the exterior design, let’s talk about dimensions first. As we already mentioned, this will be a mid-size SUV, but it won’t feature three rows of seats. Therefore, we presume it will feature a slightly shorter wheelbase than the next-generation CX-9. We presume it would go around 115 inches, as Mazda is generally known as a manufacturer that prefers longer wheelbases than the competition, in order to maximize the driving experience.

The overall dimensions should be typical for the segment. On the other hand, although there is still no test mule and it’s too early for styling predictions, we believe that the 2023 Mazda CX-7 will take a lot of inspiration from the Vision concept. This would mean a combination of sleek profile and smooth lines with an aggressive front face, which will provide a super-stylish appearance, even more impressive than the current generation of Mazda models.

At this point, it’s still early to talk about interior design. Still, we may speculate about some of the most basic things. First of all, we already mentioned that this will be a two-row crossover. it will accommodate up to five passengers and thanks to large dimensions, it will accommodate taller passengers in both rows with ease, we believe.

On the other hand, the dashboard design and the rest of the cabin aesthetics should take inspiration from the Vision concept. In other words, we expect to see a simplistic design, characterized by elegant lines, high-end materials, excellent precision etc. Furthermore, we have no doubt that the 2023 Mazda CX-7 will come with a full load of modern features, whether it’s about tech goodies or advanced safety systems.

This is one of the most interesting parts of the new 2023 Mazda CX-7. AS we already mentioned, it will feature longitudinally mounted engines, along with rear-wheel drive, while AWD models will be available too. We expect a full load of engine options on the offer. Most likely, the offer will start with a four-cylinder SkyActiveX engine, which would probably come with a mild-hybrid setup. Higher trim levels would feature a new inline-six engine, which would come in at least two output variants.

Finally, we count on a plug-in hybrid version, which will probably be co-developed with Toyota. Also, count on a brand-new transmission.

At this point, we are still waiting for the official details about the 2023 Mazda CX-7. However, if we can trust rumors, the new model could arrive already in the next year. We expect more details in the near future – stay tuned! 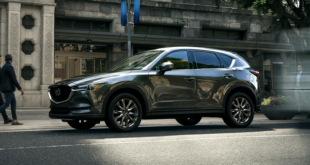 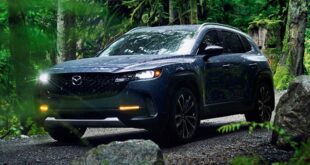 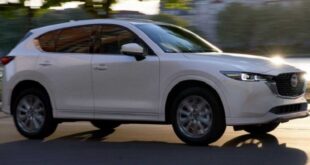