The German carmaker is one of the companies that are transitioning from internal combustion to electric cars at a pretty fast pace. The company established a new EQ sub-brand years ago, dedicated to electric cars, which already includes several models. The 2023 Mercedes-Benz EQA will be one of the newest additions and as you may presume, it will come as an all-electric alternative to the GLA subcompact crossover. The two models will have a lot of things in common, more than you would probably expect.

This car already debuted in Europe and we don’t expect that the North American version will be much different. We are about the same layout, which is heavily based on the GLA. The two models share a lot of things, including dimensions. The cabin looks largely the same, while the key difference comes in the drivetrain.

The 2023 Mercedes-Benz EQA should arrive in North America by the end of this year.

As we’ve just mentioned, the 2023 Mercedes-Benz EQA is the upcoming all-electric model. However, there’s one pretty interesting thing about it. Even though it belongs to the new EQ family of electric vehicles, it doesn’t ride on a dedicated EV platform. Instead, it is based on the MFA2 platform, the same one that underpins the GLA model. Of course, a lot of things have been modified for the all-electric powertrain, many things remained the same as well.

One of the things that’s (almost) the same is the size. The two models share the same 107.2-inch wheelbase. The new EQA is slightly longer, but the width and height are also the same. However, the EQA is nearly 1.000 pounds heavier, due to the batteries.

The suspension setup has been slightly revised, while the main difference is in terms of the styling. The 2023 Mercedes-Benz EQA follows the EQ design language, characterized by that massive plastic grille cover and prominent headlights. The rear end also comes with unique styling, while the overall shape doesn’t go away from the GLA by that much.

The interior design is the area where the tight connection with GLA manifests the most. If you look at the dashboard, things are pretty much the same. You can notice the same shape, the same air vents and even the same-sized screens. Of course, you can notice slightly different color schemes and materials, but the overall layout is largely the same.

Still, some differences can be noticed. That particularly refers to the fact that the battery is placed under the cabin, so the floor has been raised a bit. As a result, the seating position is a little bit different, particularly in the second row, where passengers may count on slightly less comfort. For the same reason, the cargo area will be slightly smaller compared to the one in GLA, which offers around 15.5 cubic feet behind the second row.

Of course, this is the most interesting part of the vehicle. The 2023 Mercedes-Benz EQA comes exclusively as an all-electric vehicle and from what we know so far, two versions will be offered for the North American market. Base models will come with a single electric motor, mounted on the front axle, with a max output of 188 horsepower. That isn’t much, so we presume that most buyers will rather go for the AWD version, which comes with an additional electric motor on the rear end, for the combined output of 288 horsepower.

Both versions will come with the same 66.5-kWh battery pack, which should ensure between 200 and 250 miles of the all-electric range.

The 2023 Mercedes-Benz EQA should arrive by the end of this year, with a starting price of around 57.000 dollars. 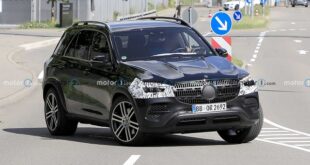 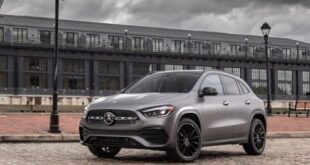 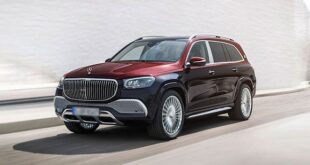 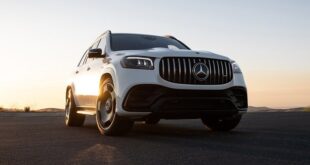 The GLS has always been about luxury and technology, so it’s no wonder that the …