Big novelties are coming for the 2023 Suzuki Jimny, as the iconic off-roader is about the get a new, five-door version. Those are the latest reports we are getting from our Japanese colleagues, which have already spotted the test mule a couple of times. The new five-door model will be sold along with the standard version and it looks like it comes to bring various novelties.

As you may presume, the five-door model will feature bigger dimensions, with a longer wheelbase. Other than that, we don’t expect to see significant changes. The styling should remain largely the same, while the new cabin will offer more space for the rear passengers. Finally, some reports suggest a new powertrain option for the 2023 Suzuki Jimny.

The three-row Jimny is expected to arrive next summer, according to the latest reports.

As we’ve just mentioned, the five-door version is expected to arrive sometime in the next year. So, the main difference compared to the standard three-door version will be in the additional pair of doors and bigger dimensions. On the other hand, the overall aesthetic approach is about to remain the same, so the front end should look nearly the same, though some minor revisions are always possible.

Bigger dimensions will come from a longer wheelbase, while the spy photos suggest pretty similar overhangs as on the three-door model. That’s definitely a great thing to hear, considering that this means similar approach and departure angles, which means the off-road performance won’t be sacrificed for the sake of comfort. For reference, the standard model features 37 degrees of approach and 49 degrees of departure angles, which is excellent.

In terms of mechanics, some sources suggest that the five-door model could come with a little bit more refined suspension setup, in order to improve ride quality. On the other hand, the off-road features will remain the same, with things like standard four-wheel drive, low-range gearing, brake locking differential etc.

On the inside, the biggest benefit of the five-door version will be the additional cabin space. Thanks to the longer wheelbase, there will be much more legroom in the second row, which should come with a proper bench that accommodates three passengers. Also, the cargo area should be way more generous, considering that the standard model offers just 377 cubic feet with the back seats folded down.

On the other hand, the dashboard design and overall cabin layout will remain the same. This SUV is all about functionality and there are no fancy details. Most of the cabin is wrapped with hard-touch materials, which seem durable and promise decades of exploitation.

This SUV also comes with lots of safety features, starting from the Dual Sensor Brake Support, which can send a warning, increase braking force or automatically brake to avoid collision. Furthermore, you may count on things like lane departure warning, automatic high beams etc.’

Currently, the only available powertrain option is a good-old 1.5-liter inline-four, which puts out around 101 horsepower and 138 Nm of torque. The engine comes paired either with a 5-speed manual or 4-speed automatic and sends power to all wheels. Low-range gearing is also part of the standard equipment.

Some sources suggest that the five-door version could come with a new powertrain. At this point, one of the possible additions is a modern 1.4-liter turbo-four, which puts out around 140 horsepower. Some sources suggest a version of this engine that comes coupled with a mild-hybrid system. Finally, there are also rumors about the hybrid version. We presume that the Japanese manufacturer will come up with details once we get closer to the launch.

If we can trust the latest reports, the 2023 Suzuki Jimny could arrive already in the next spring or summer. 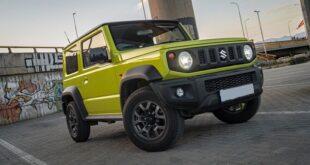 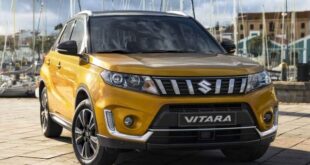 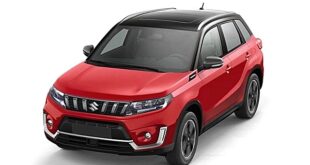