After the last year’s launch, we are pretty sure that the North American version of VW Taos will continue in the same way. We expect to see the same overall design, a model that represents the German carmaker in the segment of subcompact crossovers. Of course, there is always a chance to see minor updates, such as new standard features and similar things. However, the overall layout will certainly remain the same.

This means that you may count on a crossover that has a lot of good things to offer. We like its large cargo area, as well as spacious seats. Furthermore, the ride is smooth and comfortable, while the ride quality is decent as well. However, there are also a few drawbacks, such as busy transmission and subpar interior quality.

Considering that the next year probably won’t bring any bigger change, we are pretty sure that the 2023 VW Taos will arrive sometime late in the year.

Design-wise, the 2023 VW Taos will continue in the same way. It will represent the second production year and therefore, the overall layout will remain completely the same. This is a subcompact crossover that rides on a familiar MQB platform and slots below the Tiguan. It offers a pretty balanced ride, which combines a decent level of comfort with a decent level of athleticism.

Visually, things are pretty much what you would expect from a VW. The Taos features a conservative design, similar to the rest of the brand’s lineup. The next year’s model might bring some new color options to the table, though anything more than that would be a surprise.

The same thing is with interior design – we don’t expect any bigger changes for the next year. The overall cabin design will remain the same, including the dashboard. The dash comes in a typical VW fashion. There is a super-conservative design, which characterizes the entire VW lineup. However, the build quality isn’t at the level we usually see from this German manufacturer. There is a fair amount of hard plastics, but don’t find that an issue, as we are still talking about a subcompact segment.

On the other hand, the amount of passenger space is pretty good for the class. The front seats are very spacious though we would like to see a little bit more support. The second row is also very spacious and can accommodate adult passengers pretty easily.

Another strong point of this crossover is its cargo area. You may count on 27.9 cubic feet of cargo space behind the rear seats and 65.9 cubic feet of the total cargo volume, which is really impressive for the segment.

The same is with driver-assistance features. All models should come with a rearview camera, while the list of available safety features will be much longer. Some of the highlights are things like forward collision warning, pedestrian detection, automatic emergency braking, blind-spot monitoring, rear cross-traffic alert, lane keep assist, adaptive cruise control, front and rear parking sensors, traffic sign recognition etc.

We expect 2023 VW Taos to continue with the same powertrain setup. This small crossover is available with a single engine option, which is the company’s familiar 1.5-liter turbo-four, which puts out 158 horsepower. The engine comes in pair with a 7-speed dual-clutch automatic transmission.

The whole system works relatively well. Driving dynamics are good, though the transmission feels busy, especially at lower speeds when it hunts for the right gear constantly.

We expect to see the 2023 VW Taos sometime late in the year, with the starting price of around 23.000 dollars. Some of the potential rivals are models like Subaru Crosstrek, Mazda CX-30, Honda HR-V etca. 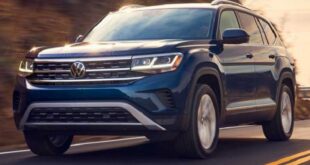 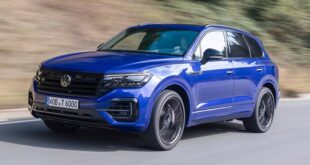