For a long time, the Forester has been one of the most popular compact SUVs on the market and, therefore, one of the most important models for this Japanese carmaker. Therefore, news about its redesign always draws a lot of attention. Considering that the current generation has been around since 2018 and that this company practices a 5-year production cycle, it’s pretty clear that the new generation is about to arrive in the next year. It will bring a lot of novelties and one of them will be the 2024 Subaru Forester Hybrid, which will be the first time to see an electrified Forester.

At this point, we are still waiting for the details but some things are pretty easy to predict, particularly in terms of the overall design. When it comes to the powertrain, we expect that the new hybrid system will be co-developed with Toyota, and it should provide a great combination of performance and efficiency.

We expect to see the 2024 Subaru Forester Hybrid sometime in the second half of the next year.

As we’ve just mentioned, this redesign will bring a lot of novelties and the powertrain is certainly one of the most interesting aspects. At this point, we still don’t know the details but we are pretty sure that the new system will be co-developed with Toyota.

However, experts suggest that the new system won’t be the same as in the RAV4. Instead, Subaru will develop its own, adapted to the company’s specific technical solutions. Namely, the system will be based on a boxer engine, which should come in a combination with a couple of electric motors. However, the company famous for one of the best all-wheel-drive systems in the world won’t throw its legacy just like that. The new Forester won’t just use another electric motor to make the vehicle all-wheel drive. Instead, the new hybrid system will be designed to work with a mechanical differential, which will keep Forester the best performer on loose surfaces in the class.

The whole system will come coupled with a CVT, though it’s still unclear if the new model is about to use Subaru’s familiar unit, or if we are about to see Toyota’s eCVT unit.

The 2024 Subaru Forester Hybrid will be part of the upcoming redesign, which will bring many more novelties. Of course, we are talking about a complete overhaul, which will bring a completely new design. The new generation will be based on Subaru’s new modular platform, which will bring improvements regarding weight savings and ride quality. On the other hand, the base layout will remain the same, with boxer engines and standard all-wheel drive.

Naturally, this redesign will also bring a completely new exterior design. At this point, we are still waiting for the details but we have no doubt that aesthetics will bring nothing more but evolutionary changes. So, the overall shape should be pretty similar, with the main difference at the front, where we expect the implementation of the company’s latest design language, introduced with the new WRX.

The same thing is expected with the interior design. Subaru’s isn’t just about functional interiors anymore. These days, this company offers a pretty impressive cabin design, which is attractive and wrapped with fine materials. So, we expect nothing less from the new model. The new cabin should utilize a new dashboard design, which should have a lot in common with the new WRX. This refers not just to the aesthetics, but also to all those new tech features, including the new, pretty massive infotainment screen.

Considering that the new generation probably won’t feature bigger changes in dimensions, we are pretty sure that the passenger space will remain pretty similar. That’s not a bad thing at all. Moreover, the current model is already pretty generous in this aspect, as it accommodates adults in both rows with ease. The same thing is with the cargo area, which is already among the biggest in the class.

We believe that the 2024 Subaru Forester Hybrid will arrive already in the second half of the year, with the starting price under 30.000 dollars. Of course, the competition will remain the same, in the form of models like Toyota RAV4, Honda CR-V etc. 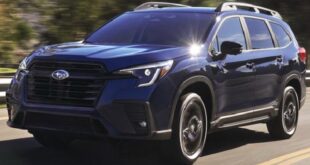 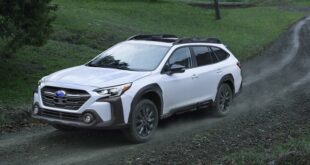 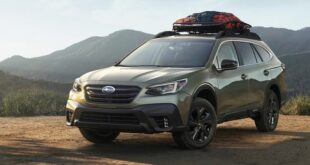 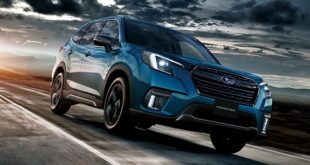 2023 Subaru Forester Preview: What to Expect?

After the 2022 update, we presume that Subaru’s legendary compact SUV is about to carry …