Once known as a nimble compact sports car, the Eclipse now competes in the most demanding segment on the market and after the last year’s update, we are pretty sure that the 2023 Mitsubishi Eclipse Cross won’t feature significant changes. To remind you, the recent update brought new styling, along with a new interior design that includes a significantly revised dashboard. All these updates should keep the model competitive in the following years until we see a complete overhaul.

This small crossover has a couple of pretty good things to offer. The Eclipse Cross is affordable and easy to drive. It is very comfortable on the highway, mainly because of the massive and supportive seats. Furthermore, the infotainment system is fast and easy to use. On the other hand, the things we don’t like are the small cargo area, outdated interior look and lack of power.

Considering that the 2023 Mitsubishi Eclipse Cross probably won’t feature bigger changes, we are pretty sure it won’t be coming before the last quarter of the year.

Although many called the recent update a full redesign, it was actually more a kind of a massive facelift. This model still rides on Mitsubishi’s old GS platform and we think that the ride isn’t as refined as you would expect from a modern compact crossover. Simply, most rivals are smoother in this aspect. On the other hand, the recent update has brought a completely new styling and no one can deny that the new crossover looks pretty attractive. The front end now features narrower headlights and an even more aggressive bumper design, while the rear end also introduced new design solutions.

Considering all this, we are pretty sure that the 2023 Mitsubishi Eclipse Cross won’t bring any notable changes, though there is always a chance to see minor updates like new color options and similar things.

The recent update also brought a couple of updates to the inside. We saw a couple of interesting novelties on the dashboard, particularly at the center part of it, which includes a bigger touchscreen, along with a new infotainment system. However, most of the cabin remained the same, so we can say the same thing we were for the pre-facelifted model, that the cabin looks a little bit outdated compared to rivals. Simply, the dash isn’t as appealing as you would expect, while we also don’t like materials, which are mostly hard to touch.

When it comes to the passenger space, the front seats are massive and supportive and they provide plenty of space for the passengers. The second row offers a lot of legroom as well, though the sloping roof reduces the headroom, which means that taller passengers may feel tight in this aspect. For the same reason, the cargo area isn’t particularly generous with space. You may count on about 23.5 cubic feet behind the second row and 51 cubic feet of the total volume, which is way below average for the segment.

New things on the list of standard equipment are always possible but we are pretty sure that most of the things are about to remain the same. Therefore, base models should come standard with goodies like automatic climate control, a 7-inch touch screen, a four-speaker stereo, HD Radio, a USB port, and Bluetooth. Among optional features, expect to find things like dual-zone climate control, panoramic sunroof, an 8-inch touch screen, navigation, a six- or eight-speaker audio system, satellite radio, additional USB ports, Apple CarPlay, Android Auto etc.

The current model comes with just one engine on the offer. That turbo-four engine puts out 152 horsepower, which won’t blow your mind but which will provide a convenient ride. The engine offers relatively decent dynamics and it’s quiet and offers decent fuel economy, which goes around 26 mpg in the city and 29 mpg on the highway, which is pretty good for the segment. However, the fact that it comes in pair with a CVT gearbox is a big downside.

Many believe that the 2023 Mitsubishi Eclipse Cross could come with a new powertrain option on the offer. That could be a plug-in hybrid version, while some sources speculate about a high-performance version, which would come as the Eclipse Cross Evolution.

The 2023 Mitsubishi Eclipse Cross shouldn’t arrive before the last quarter of the year. The current model starts at around 24.500 dollars and we don’t expect a bigger increase for the next year. Some of the potential competitors could be models like Jeep Compass, GMC Terrain etc. 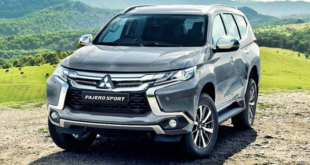 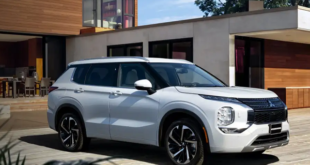 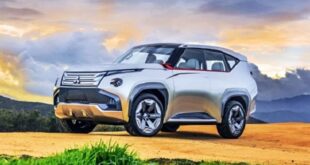