The popular mid-size crossover has just been redesigned. After months of waiting, because of the Coronavirus outbreak, the new model finally arrived in North America this September. The newest iteration brings loads of changes, even though most of them seem evolutionary. Bigger dimensions, better ride quality, new engines and improved interior are just some of the novelties that indicate 2022 Kia Sorento should feature too many changes.

However, our reliable sources suggest a different scenario. It looks like the second production year will be a lot about electrification. More precisely, we are about to see two hybrid versions in the offer. Other than that, we don’t expect to see too many updates, though there is always a chance to see novelties in terms of standard equipment and similar things. When it comes to the 2022 Kia Sorento release date, we expect to see it sometime in the second half of next year.

Just like the previous generations, the new Sorento will also be available in electrified variants. We are about to see both hybrid and plug-in hybrid variants and both versions will be based on a 1.6-liter turbo-four engine, reports say. However, the exact numbers for the 2022 Kia Sorento Hybrid, in terms of power, battery capacity and range, are yet to come. At this point, we only know that the standard hybrid model will come equipped with a 44-kW electric motor, while the PHEV version will feature a 66-kW electric motor. Also, we know that these models will come coupled with a 6-speed automatic transmission. Some estimations suggest that the hybrid version will be able to return around 39 mpg in the city and 35 mpg on the highway.

On the other side, pure gasoline variants will continue in the same way. This means you may count on two familiar engine options. The base engine is a familiar 2.5-liter naturally-aspirated unit, which puts out around 191 horsepower. It’s a relatively decent amount of power, which seems okay for daily commuting. On the other side, the optional 2.5-liter turbo-four seems like a perfect choice for driving enthusiasts, as the max output goes up to 280 horses. Both engines come in pair with 8-speed automatic transmission, though the optional turbo-four uses a dual-clutch unit.

When it comes to fuel economy, the base engine returns around 24 mpg in the city and 29 mpg on the highway. On the other side, the optional turbo-four is slightly thirstier in the city (22 mpg), while highway ratings are pretty much the same.

In terms of base design characteristics, we definitely don’t expect bigger changes for the second production year. The recent redesign has brought a bolder and more attractive look. Also, the new model is slightly bigger, as it features additional 1.4 inches in wheelbase. However, mechanical upgrades seem more important to use. The new model offers much better handling and overall ride quality. It runs smoother and more refined, while the comfort is definitely at a higher level.

This aspect shouldn’t bring bigger changes either. Simply, the recent redesign has brought significant improvements in this aspect and the new cabin looks really attractive. Materials are really impressive, while aesthetics are even better. Everything looks so upscale, especially in higher trim levels where you can get a 12.3-inch digital instrument cluster as well as a 10.3 infotainment screen.

As we already mentioned, the new model features a slightly longer wheelbase. This means there is also more space for passengers, compared to the previous model. The third row is standard, while the second one can be ordered with the captain’s chairs. If you’re looking for something even more spacious, check the amazing Kia Telluride.

This cabin is also equipped pretty well and we don’t expect to see too many changes in this aspect either. The new Kia Sorento 2022 should carry on with a similar standard and available equipment. Base models already come with things like an 8-inch touchscreen, wireless charging, Apple CarPlay, Android Auto etc. As we already mentioned, you can opt for a bigger touchscreen, digital instrument cluster, premium 12-speaker audio system etc.

We expect that the new Sorento will hit the market sometime in the second half of 2021, though it is still early for some more precise date. On the other side, the 2022 Kia Sorento price should remain pretty much the same as for the current model, which starts around 30.500 dollars. Hybrid models will start at 35.000 dollars, roughly. 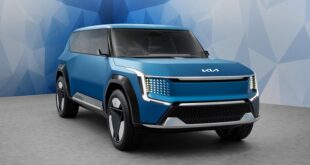 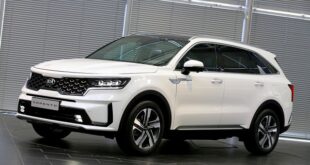 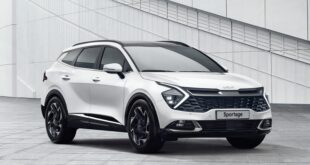 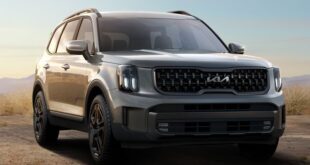