The famous SUV has finally been redesigned. The new generation debuted for the 2022 model year and logically, no one expects to see bigger changes for the 2023 Jeep Grand Cherokee, which will represent the second production year. However, it looks like some novelties are coming, particularly in terms of high-performance versions. However, we believe that the new performance iterations will be a little bit different compared to the previous generation, as the company is about to bring some brand-new engine options to the offer.

On the other hand, the rest of the lineup is about to carry on in the same way. The next year’s model will continue to deliver familiar pros and cons. What we really like about this SUV is a great mix of excellent off-road capabilities and a luxurious cabin. Furthermore, we like the potent engine options, as well as a long list of standard equipment. On the other hand, we don’t like the fact that some of the engines are thirsty.

The new generation is here, but we are still waiting for the high-performance version. As you know, the previous model was available in two pretty impressive variants, V8 engines that put out 475 and 707 horsepower. However, these units won’t be available in the new generation. Instead, we are waiting for the new 3.0-liter inline-six, which should debut next year. We expect that this powertrain will be reserved for the high-performance version, with a max output of 500 horsepower and 475 pound-feet of torque. A less powerful version of the engine is also expected, with 400 horsepower and 450 pound-feet of torque. That unit could replace the 5.7-liter V8 one day.

Design-wise, the second production year won’t bring any significant changes. The 2023 Jeep Grand Cherokee will continue with the same design, though there’s a chance to see certain modifications on the anticipated high-performance version. That model would come with upgraded suspension and brakes, as well as various styling details that accentuate its sporty character.

On the other hand, base modes will continue in the same way. Besides the new styling, the recent redesign has also brought completely new mechanics, based on the Giorgio platform, the same one that underpins Alfa Romeo Stelvio. The new Grand Cherokee offers way more engaging handling but also continues to impress with excellent off-road performance. We like the new AWD system with various traction modes, as well as the new Quadra-Lift adjustable air suspension, which does a fantastic job.

This aspect definitely won’t bring any significant change. We are about to see a familiar design, which looks modern and pretty luxurious. The materials are very nice, while there is also a lot of attention to detail. Furthermore, the list of tech features is very impressive and makes this cabin look even better.

Besides great quality, this cabin also offers plenty of passenger space. Both rows accommodate adults with ease, while you can also get a long-wheelbase, three-row version – the Grand Cherokee L. When it comes to the cargo area, you may count on about 37.7 cubic feet of cargo space behind the rear seats and 70.8 cubic feet, which is quite decent for a two-row mid-size SUV.

Although there is a chance to see a couple of novelties for the next year, we are pretty sure that most of the features are about to remain the same. So, base versions will continue with a 10.25-inch digital instrument cluster, an 8.4-inch touch screen, a six-speaker stereo, USB ports, Bluetooth, a Wi-Fi hot spot, Android Auto and Apple CarPlay, dual-zone climate control etc.

We expect that the 2023 Jeep Grand Cherokee will hit the market sometime in the last quarter of the year, with a starting price of around 39.000 dollars. Key competitors are models like Toyota Highlander, Ford Explorer, Honda Pilot etc. 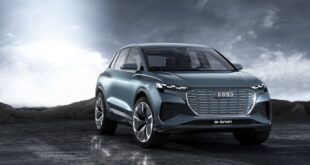