The current generation of Mitsubishi’s small crossover has been around for about 12 years, which is way too long by today’s industry standards. That’s why we are eagerly waiting to see the new generation, which is about to hit the market this December, as the 2023 Mitsubishi ASX. However, not all parts of the world will get the new model. The initial version will hit the European market, while we expect to see it in a few more parts of the world, though not in Australia and Southeast Asia.

The new generation will bring a lot of novelties, including five powertrain options. Interestingly, it will be smaller than its predecessor, which shouldn’t surprise you if you know that the new generation will be heavily based on the Captur. The styling is pretty much the same, while things on the inside are quite similar as well.

The new generation brings a lot of significant changes. Considering that the outgoing model has been in production for about 12 years, it’s no wonder that the new model feels way more modern. Of course, there is a new platform. As we already mentioned, the new model is based on the Renault Captur, so it also rides on the CMF-B platform. The two crossover share most of the parts, not just in mechanics, but in terms of styling as well.

Just a glimpse and you can see that Mitsubishi’s new crossover looks almost the same as Renault’s counterparts. Practically, the main difference is in the front face, whereas the Japanese version features a slightly different grille that makes it look a little bit more futuristic. From what we know, the new model will be offered in six color options.

The same thing is with interior design. The dashboard looks pretty much the same, while the main difference is Mistubishi’s badge on the steering wheel. That’s not necessarily a bad thing, considering that the dashboard looks attractive, while most of the cabin is covered with quality materials.

Of course, there is also a generous list of available equipment, though standard versions can look pretty basic. For example, the cheapest models come with an analog instrument cluster and a small 4.2-inch information display. In higher trim levels, you can get two sizes of a digital cluster, with 7 or 10.25 inches in diameter. The same thing is with the infotainment screen, where the base unit features 7 inches in diameter. The optional 9.3-inch unit is vertically oriented and also comes with upgrades like wireless Apple CarPlay and Android Auto.

The 2023 Mitsubishi ASX will come with pretty impressive powertrain options that include five different options. Base models will feature a small 1.0-liter three-cylinder unit with a pretty modest max output of just 90 horsepower and 160Nm of torque. The first upgrade is Renault’s well-known 1.3-liter turbo-four, which powers the new Nissan Qashqai, which will available in two output variants, with 140 and 157 horsepower.

Also, count on two hybrid versions, both based on a 1.6-liter petrol unit. The first one is a classic hybrid, with a max output of 148 horsepower. The plug-in hybrid version features a more capable electric motor and a combined output of 159 horsepower.

The 2023 Mitsubishi ASX will hit the European market in December. One of the most interesting things about the new model is that it will be offered in a left-hand drive variant, so it won’t be sold in parts of the world like Australia or southeast Asia. In these parts of the world, Mitsubishi will continue to offer the previous generation. 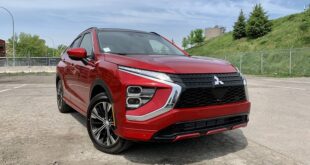 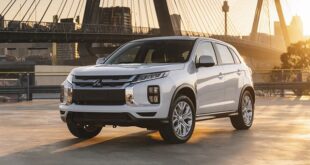 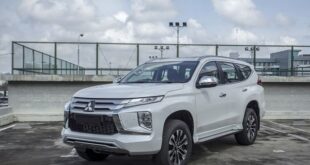