The new generation of the most popular mid-size luxury SUV is here. It brings so many novelties and improvements that we have no doubt that the sales numbers can only go even higher. The new model brings a lot of changes regarding the base approach mu some things will remain the same, including the F Sport trim level. This trim will be offered in various configurations regarding powertrain and the most affordable one will be the 2023 Lexus RX350 F Sport.

That version will be based on the standard RX version, equipped with the new turbo-four engine instead of the old V6. Compared to the standard model, it will come with all kinds of upgrades, including a typical F Sport treatment, which brings suspension upgrades, visual upgrades and interior upgrades. The exact specs are yet to be announced but we pretty much know what to expect from it.

Design-wise, the 2023 Lexus RX350 F Sport will come heavily based on the standard model, which has just received a complete overhaul. This redesign has brought a lot of new things. Of course, there is the new TNGA platform, which brings various improvements, including better handling and overall driving characteristics. Also, it’s worth mentioning that the new model is nearly 200 pounds lighter than its predecessor.

On the other hand, the F Sport treatment will include a lot of upgrades. First of all, count on an upgraded styling, with a different grille design, exclusive wheels and other things. Furthermore, this trim will bring suspension upgrades. At this point, we can’t say if this means that the adaptive sports suspension will become standard, or if it will remain a part of the F Sport Handling package, like in the current model.

The same thing is with the cabin design. Most of the design will be the same as in the standard model, which came with a completely new interior. The dashboard is new, with a more attractive shape and even nicer materials, while there is also a large 14.0-inch touchscreen. Also, we should mention that the new generation features a 2.4-inch longer wheelbase, so we have no doubt there will be more space for the passengers as well.

When it comes to exclusive features, we count on things like the F Sport steering wheel, aluminum pedals, and performance instrumentation to be part of the standard equipment. On the other hand, it’s still unclear whether things like a heated steering wheel, sport-tuned steering, and an additional Sport S+ drive mode will become standard, or will remain a part of the aforementioned F Sport Handling package.

At this point, it’s still hard to talk about details but we are pretty sure that, other than the aforementioned exclusive features, the 2023 Lexus RX350 F Sport will be very similar to the standard model in terms of equipment. So, the list of standard equipment should include goodies like the new 14.0-inch infotainment screen, digital instrument cluster, wireless Apple CarPlay and Android Auto, navigation etc. We also count on a long list of standard safety features, which would include automatic emergency braking, pedestrian and cyclist detection, lane departure warning, lane keep assist, adaptive cruise control with lane-centering and many more.

One of the biggest changes compared to the previous generation will come under the hood. We are about to see the 2023 Lexus RX350 F Sport equipped with a new 2.4-liter turbo-four, instead of the good-old 3.5-liter V6. The new engine is rated at 275 horsepower and 319 pound-feet of torque. Despite it features less power than the V6, it comes with significantly more torque, so driving dynamics actually seem better. The engine comes coupled with 8-speed automatic transmission.

What are the other powertrain options?

The new generation of the RX comes with a wide powertrain offer. Along with the base turbo-four, there are three hybrid powertrains on the offer. The 350h will come with a familiar setup, which is pretty much the same as in the Highlander, though with a few horses more (246). Also, the company has prepared a plug-in hybrid version, which will use the same but slightly more powerful system as the RAV4 Prime, with more than 300 horsepower. Finally, count on the flagship RX500h model, which will come with a new hybrid setup, based on a turbo-four engine. This setup will feature a total output of 367 horsepower. Interestingly, this one will come coupled with a 6-speed automatic, while the other two will come in a typical Toyota layout, with a CVT gearbox.

The new RX has already been presented and we expect that the 2023 Lexus RX350 F Sport will hit the market very soon. The base price should go around 52.000, while similarly priced versions of BMW X5, Volvo XC90 and Mercedes-Benz GLE will remain key competitors. 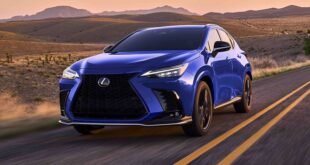 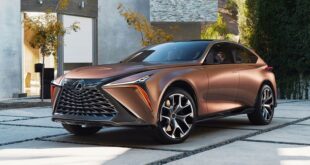 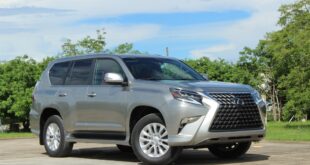 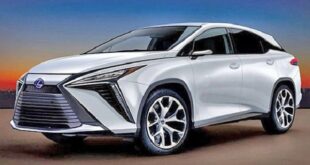 25 years ago, the RX established a whole new segment of luxury crossovers. Today, it …