The new generation of Acadia is on the way. After seven years of production, the current model will be replaced with a new one, which is about to bring a lot of changes, reports suggest. From what we know so far, the 2024 GMC Acadia will ride on the new platform and besides further improvements in ride quality and overall mechanics, it will also come with a big change in terms of size. Namely, the new Acadia will be much bigger than the current model, with the wheelbase shared with Chevy Traverse, Acadia’s closest relative.

All these upgrades should make the new Acadia more competitive in the three-row SUV market. The benefit from bigger dimensions will be numerous, but mostly in terms of passenger space. Of course, we will see a completely new styling, along with a more upscale interior and more tech and convenience features. On the other hand, details about the powertrain are still unavailable.

The all-new 2024 GMC Acadia is coming and it will represent the third generation of the nameplate. At this point, we know for sure it will get much bigger. After the notable downsize of the previous generation, the third generation will be much closer to the original in terms of dimensions. It will be a full-size crossover, with respectable dimensions. The wheelbase should be shared with Chevy Traverse, which is about to get a full redesign too. Currently, the Traverse measures nearly 121 inches between the axles, which ensures plenty of legroom in all three rows of seats.

Naturally, the size increase won’t be the only change to come with this redesign. The 2024 GMC Acadia will bring much more. It will be an all-new model, riding on the new platform. The current C1 platform will be replaced with the new VSS architecture. More precisely, we are about to see the VSS-F iteration of the platform, which indicates front-wheel drive and a transversally-mounted engine. Of course, all-wheel drive will be available too.

Of course, we count on the new exterior design. We already mentioned the size increase but this redesign is also about to bring a completely new styling. The test mule still wears complete camouflage, so it’s hard to talk about details. On the other hand, we can see the bolder and more rugged design. We expect to see a lot of inspiration taken from bigger models, such as Yukon and Sierra, particularly at the front, with a massive and bold grille and other styling elements. Of course, the Denali trim will once again come with all kinds of exclusive features, such as a different grille, wheels etc.

Under the skin, the new platform should bring various benefits, starting from the upgraded suspension and chassis design, which should improve the ride quality. We would expect to see a little bit higher level of athleticism, along with a smoother and more comfortable ride. Also, we would definitely like to see a more capable off-road-oriented AT4 model, with a few more off-road upgrades.

The current model somehow looks less upscale than its rivals. For that reason, we expect that the GMC designers will put a lot of effort into making the cabin look stylish and luxurious. The spy photos show a bit of the cabin as well, so we can see things like a digital instrument cluster, and a large, tablet-like infotainment screen, positioned above air vents. We expect that the company will use finer materials and offer a cleaner dashboard design, with more attention to detail. Finally, count on a long list of standard and available equipment.

As we already mentioned, the new 2024 GMC Acadia will be significantly bigger than the outgoing model. The main benefit will be a significant increase in passenger space. Thanks to the longer wheelbase, there will be much more legroom, particularly in the third row, which is currently pretty tight. For the same reason, the cargo area should also be notably larger.

At this point, the officials are still quiet about the powertrain. However, most reports suggest the 2024 GMC Acadia with familiar powertrain options. If that happens, base models would continue with a 2.0-liter turbo-four, which puts out around 228 horsepower. On the other hand, higher trim levels would come with a good-old 3.6-liter V6 with 310 horsepower.

Some sources suggest that the current engines could be replaced with the new 2.7-liter turbo-four. This engine is currently available in different output versions, so it wouldn’t be a surprise to see it replacing both turbo-four and V6 units.

We expect that the 2024 GMC Acadia will arrive sometime in the second half of the next year. The current model starts at around 38.000 dollars but we presume that the new generation would cost a little bit more.

Previous 2024 Audi Q9: Is There a Chance for Full-Size Audi SUV
Next 2024 BMW X1: Electrification for the U.S. Market in Works? 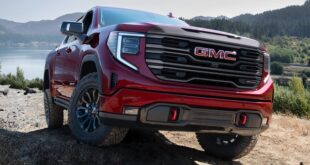 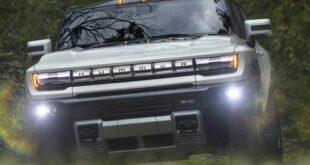 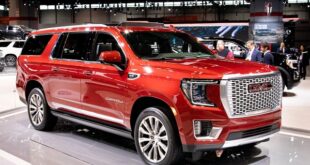 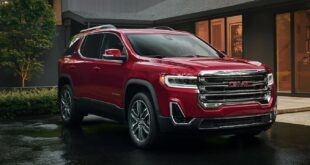