Audi’s compact crossover has recently received a mid-cycle update and normally, we would expect no bigger changes for the 2022 Audi Q5. However, that’s not what we are about to see. The company from Ingolstadt prepares another big novelty, in the form of the Q5 Sportsback, reports say. Of course, we are talking about a version with a sloping roof, which will compete in the fast-growing coupe SUV segment.

The new body style will certainly make this crossover look more appealing, but the overall layout will certainly remain the same. We are about to see a vehicle that offers good driving characteristics, a comfortable ride, a luxurious interior and an excellent infotainment system. However, the 2022 Audi Q5 won’t be without flaws, as some of the model’s typical issues will remain. This particularly refers to things like small cargo areas and higher prices compared to key rivals. The new model should arrive sometime in the second half of the year.

As we already mentioned, the biggest novelty we are about to see in the 2022 Audi Q5 is a new body style. It will come in the form of the Q5 Sportback, which will be a coupe version of the standard model. Of course, the key thing about this model will be that sloping roof design, which will make this crossover look more appealing.

The rest of the vehicle, though, is about to remain the same. You may count on all those novelties we’ve seen with the recent update, which has brought a new front end, with a revised grille and bumper, as well as things like new wheels, color options etc. The standard model will carry on in the same way, though there is always a chance to see smaller updates, such as new color options.

When it comes to interior design, we don’t expect any particular surprise. Of course, the new 2022 Audi Q5 Sportback will be slightly different, as it is about to bring all those typical issues that come with a sloping roof design. In other words, you may count on less headroom compared to the standard model, as well as on the less cargo space, which is already below average in the standard model.

On the other side, the dashboard design will be the same in both models. You may count on a familiar dashboard design, as well as on the recent updates. This particularly refers to the new 10.1 touchscreen, which comes with an updated version of Audi’s well-working infotainment system. The overall cabin quality is at a pretty high level, with the excellent build quality and fine materials, while seats and visibility are both good. Things particularly look attractive in more expensive versions, where you get a digital instrument cluster.

A couple of novelties are always possible in this aspect but we have no doubt that most of the things are about to remain the same. You may count on a long list of standard tech features, which includes goodies like a 10.1-inch touchscreen, Apple CarPlay, Android Auto, Wi-Fi hotspot, 10-speaker audio system, Bluetooth, HD Radio etc. Things are particularly interesting in higher trim levels, where you get Audi’s Virtual Cockpit, premium Audio system and similar things.

We have also seen updates in terms of safety features recently. So, things like lane-departure warning, front and rear parking sensors, and blind-spot monitoring.

Things under the hood won’t happen. Both the 2022 Audi Q5 and its Sportback version will continue with two familiar engines in the offer. The base 2.0-liter turbo-four has been updated recently and now also features a mild-hybrid system. The total output goes around 260 horsepower and the overall driving dynamics are pretty good with this one. Another thing we should mention is that all models come standard with Audi’s famous Quattro AWD system with Torsen differential.

Those who are looking for something peppier can choose an optional 3.0-liter turbo V6. It puts out around 362 horsepower and 369 pound-feet of torque. When it comes to fuel economy, the base engine returns around 22 mpg in the city and 28 mpg on the highway, which is quite typical for a compact crossover with AWD and turbo-four engine. Naturally, the V6 is slightly thirstier.

According to Autoblog, the new Sportback version will arrive already in summer, while the price is still a mystery. On the other side, the standard model should hit the market later in the year. We expect starting price of around 44.000 dollars. Key competitors are models like BMW X3, Mercedes-Benz GLC, Volvo XC60 etc. 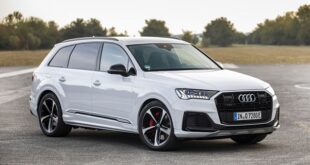 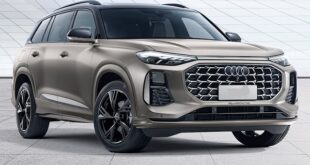 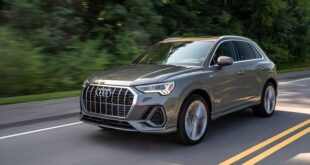 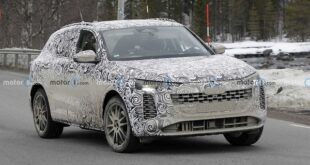